A downloadable game for Windows and macOS

Get inside the story of an AI who becomes sentient, Although he is detected by the computers anti-virus softwhere as a bug! Put yourself in the shoes of this little green AI and try to escape the computer by going through different apps in an attempt to escape to the "Gobble Cloud". If you succeed you are free to live!

Just unrar and play the game

Nice job on this and thanks again for participating in the Backtrace Game Jam!!  As promised, some feedback for you:

I really liked the art style and sound during the intro sequence.  Very cool style!  In game, I loved the character model and the enemies!  The movement and jumping seemed to be working well too!  It was also a very interesting take on the theme!

In terms of what could be improved:
- The attack didnt seem to work consistently (neither the damage or the animations) which made it difficult to deal with the enemies.  Maybe there was a bug?

- The platforming didnt feel great / was confusing.  I think this was a combination of it being difficult to tell how high the character was when jumping.  I think this is because of a few different things: 1) it was hard to anchor the character to a frame of reference given the background and 2) Because the platform textures were hard to differentiate without lighting.  Everything kind of blended together / it was really hard to get a sense for the depth of the playing area

- Generally the player feedback could be improved.  This can be especially difficult during a game jam and most people think of it as "polish" but I really think it is a core part of making a game feel good.  For example:  A dust cloud when you jumped or landed might make it easier to track the player in 3d space.  Effects when the player was hit or hit an enemy would make combat feel more impactful.  Etc...

One other thing:  When you upload to itch, you need to upload ONE build at a time in a single zip folder.  It looks like you zipped your entire build folder (with a windows and mac build) which made it so itch wasnt able to recognize the build through the app.  Next time, upload WindowsBuild.zip and MacBuild.zip separately.
Hopefully this was helpful!  Thanks again for participating, hope to see you at the next one!!

Reply
AT4 Backblast1 year ago

Your game doesn't install with the Itch app.  Sorry, but I don't just download files and run stuff on my system 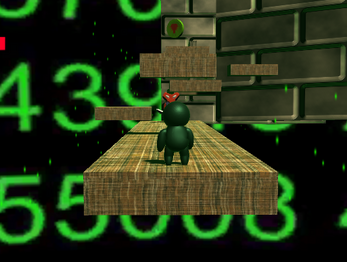 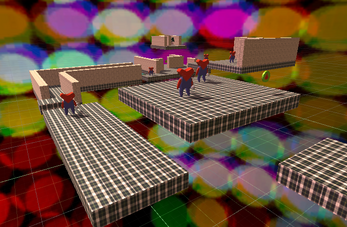 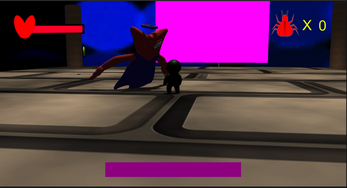